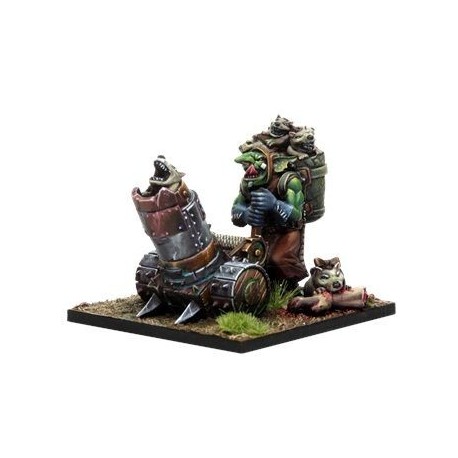 Each of these crude machines is loaded with the runts from a litter of Mawbeasts before they're launched skywards at terrifying speeds. Some even survive the 'flight' too. Seeing an angry pup hurtling towards them is often the enemy's first sign of a Mawpup Launcher’s deployment.

CONTENTS
The Mawpup Launcher is a crude but effective way of causing havoc among the enemy warband.