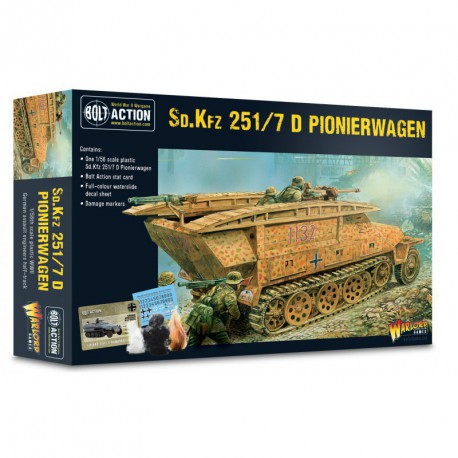 Boxed set containing plastic, resin and metal kit.
Sd.Kfz. 251s were the most widely produced German half-tracks of the war, with at least 15,252 vehicles produced.
The Pionierpanzerwagen was an assault engineer vehicle which had fittings to carry assault bridge ramps on the sides.
This kit also includes the bridge ramps